StaPoTech BVBA
Together with his daughters, Han Stakebrand runs StaPoTech, a company in stage technology in Belgium. Founded more than 100 years ago by the Stakebrand family, originally as an Amsterdam art smithy. Due to the growth, it was decided in the 2000s to open a Belgian branch, Stakebrand BVBA. After the start of the economic crisis, this turned out to be a golden move because the Dutch company would then go bankrupt. Thanks to the Belgian branch, StaPoTech can be started.

STYLE in the theater
The STYLE CNC machines are used for, for example, making winch drums, winches and large discs. All these techniques can be seen in the theater. They don’t actually see them, but without these products a theater performance cannot be brought to a perfect end.

“Because of the various training options in Belgium mainly focused on dialogue control, a user-friendly control system was sought at the time. Before STYLE came into the picture, other machines were first purchased, but it turned out to be very difficult for the employees to master the controls, ”says Han. „In addition, it is nice that our entire machine park is equipped with one control system and our machine park thus radiates a sense of unity.” 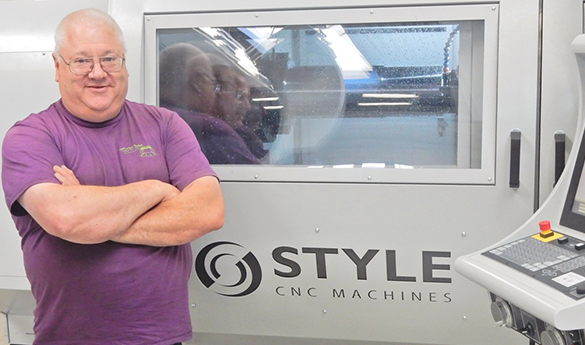 Same look and one control
“At STYLE I got the opportunity to buy a 2nd hand STYLE sofa. Soon the 2nd hand machine was exchanged for a new CNC lathe and a CNC milling machine was purchased. In addition to the simple control, the conviction was mainly in the price-quality ratio, but the most important thing is the accuracy of the machines, ”says Han. “Because we make single pieces and small series for our customers, the STYLE machines are perfect. We are very satisfied with the efficient Dutch service, malfunctions are quickly resolved due to the short travel time. This is sometimes different with machines from abroad. They actually always have the necessary parts in stock. ”

After purchasing the STYLE 1200 lathe, he decided on the deal with the purchase of a BT3000 milling machine, his sixth machine, which will be taken into use in his workshop early next year.